Brandy is sired by the Oldenburg stallion Banderas, the first approved son of the sensational European stallion Balou du Rouet, to stand in North America. Balou du Rouet is highly sought after as a breeding stallion, he is very known for producing type, elastic movers, and his oldest offspring are showing his propensity for first class jumping ability. Banderas comes from a very strong dam line through dam Grisette he combines some of the best bloodlines available. His dam sire is the legendary Grannus, one Germany’s greatest sires.

Brandy’s dam is the Selle Francais mare “Revel Sel De Mer”, sired by Jamestown and out of Kalonja by Pablo.

BRAECREST BRANDY – Grand Champion CSH at 2014 RAWF! Brandy is an exceptional mare… beautifully correct, has the perfect amount of chrome, and has the most darling personality.Brandy was presented as a three year old at the 2014 Canadian Sport Horse Breeders Show at the end of August 2014, and blew us all away winning trophies for Champion 3 Year Old CSH filly and Reserve Grand Champion! She won Grand Champion Canadian Sport Horse, and pinned 6th and 7th respectively in the Governor General Cup and Lieutenant Governor Cup 2014.

Braecrest Brandy has also received the award for the Champion 3 year old Canadian Sport Horse Filly of the Ontario Chapter in 2014. 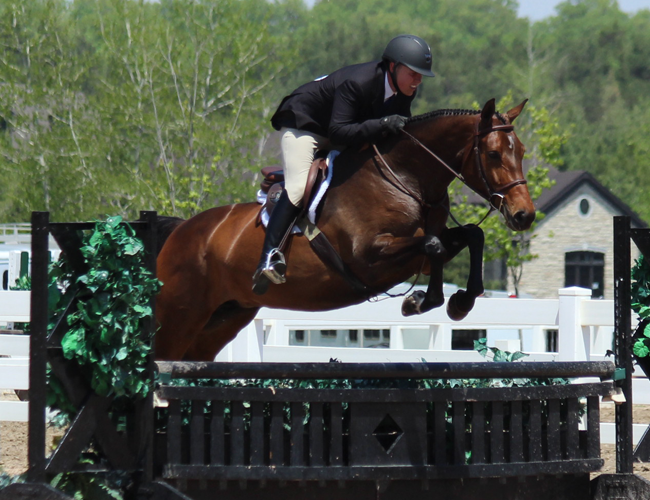 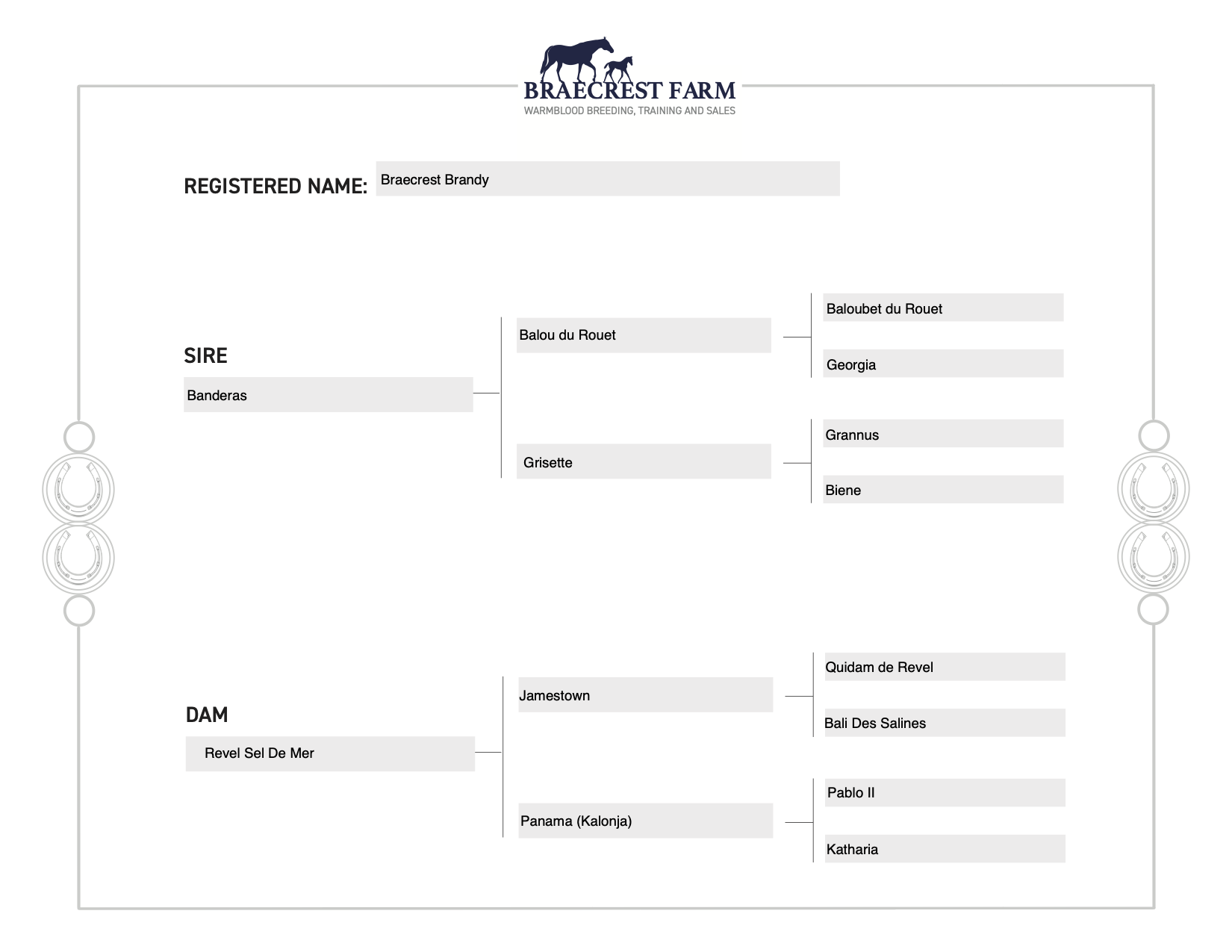 Confirmed in foal to Dheputy for a 2022 foal. In-utero purchase option available.