We are so very grateful and excited to have the fabulous ‘Encore’ join our broodmare herd at Braecrest.  This outstanding mare has proven herself in both the performance hunters and as a beautiful producer through her progeny to date.

Encore’s dam is the Thoroughbred mare, Sarah Nicole.  After a successful career at the racetrack in Florida, she retired to a fabulous home in Ontario where she was developed into a very successful Hunter.  This classy mare was a reliable, extremely sound, beautiful moving riding horse.  Her qualities were recognized by the Canadian Warmblood Association, awarding her top scores at her Mare Breeding Inspection. She produced two outstanding foals, the first, a Double Cup Winner at the Royal Winter Fair in Toronto, also winning many pre-green championships.  Her second foal was the beautiful Encore.

Encore has an impressive show record for a career sadly cut short by injury when she was just 7.  She was 3rd in the Governor General’s Cup at the Royal Winter Fair as a three year old, and took Reserve Champion in the Ultimate Hunter Challenge Class as a 4 year old.  As a 5 year old, she won multiple Championships in Wellington, and as a 6 year old her success continued with multiple Championships in both Pre Green High and Children’s Hunters.  Encore is the whole deal… Type, athleticism, jumping style and scope for the top levels, with the wonderful disposition to also pack around in the Children’s Hunters. We are so excited for this mare to continue to leave her stamp on the world through her progeny to come. 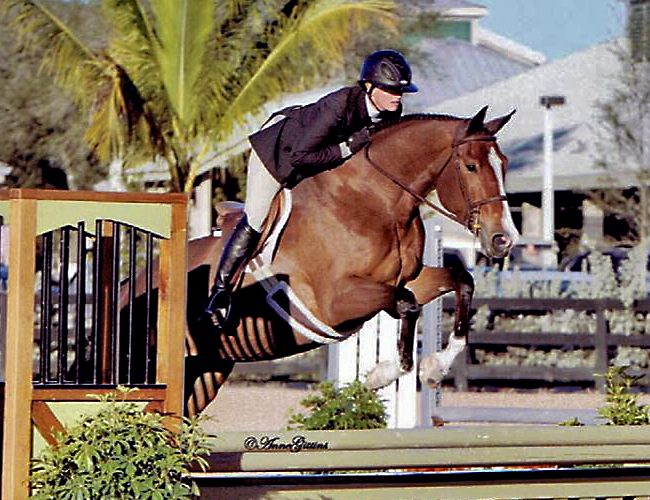 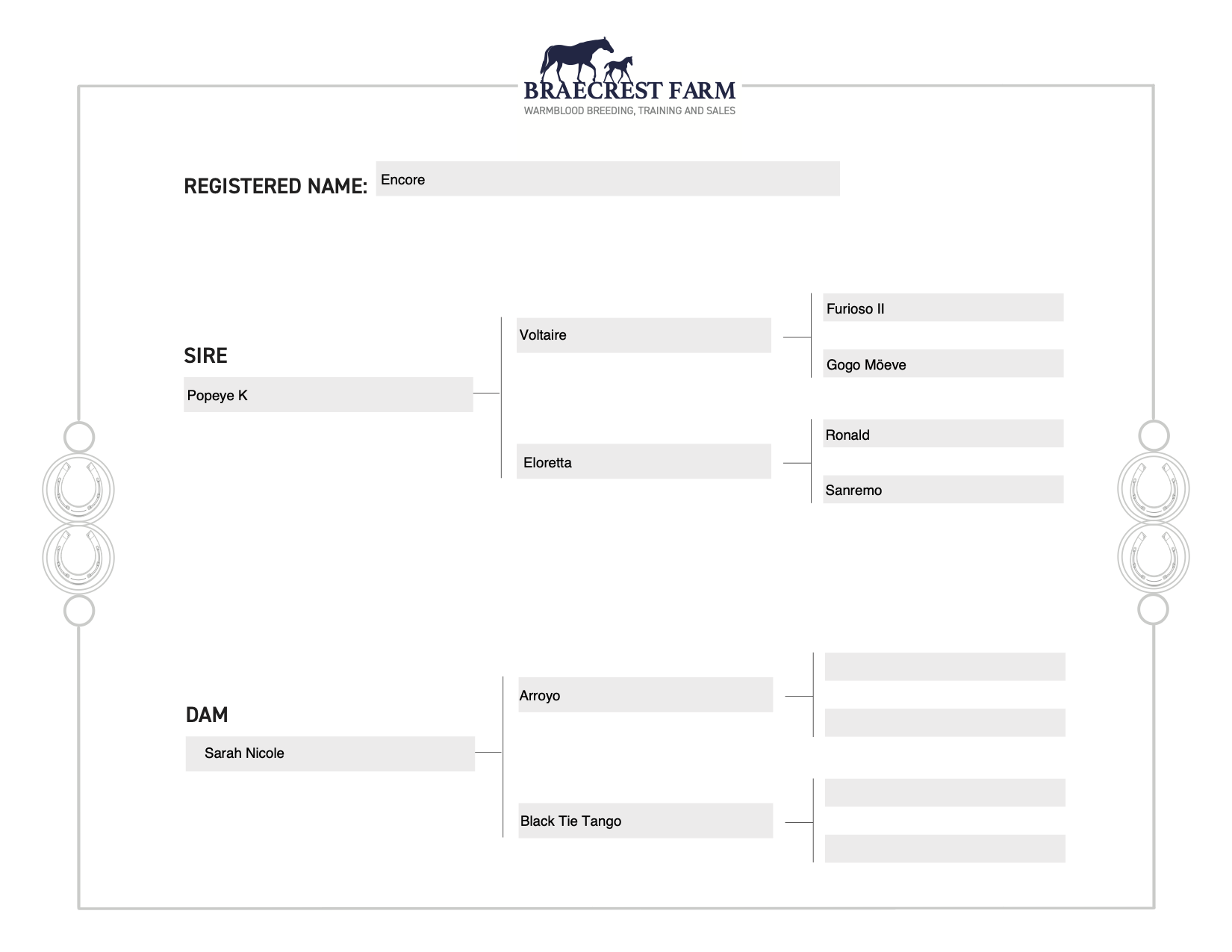