This outstanding filly is everything we could have hoped for when selecting a stallion for her dam, Braecrest Brandy.

Brandy is a second-generation mare from the Braecrest breeding program. She is sired by the Oldenburg stallion Banderas, the first approved son of the sensational European stallion Balou du Rouet to stand in North America. Balou du Rouet is highly sought after as a breeding stallion; he is well known for producing type and elastic movers. His oldest offspring are showing his propensity for first-class jumping ability, competing at the highest levels of the sport. Banderas comes from a very strong dam line through his dam, Grisette. His dam’s sire is the legendary Grannus, one of Germany’s most outstanding sires, thus combining some of the best bloodlines available.

Brandy’s dam is the Selle Francais mare “Revel Sel De Mer,” sired by Jamestown and out of Kalonja by Pablo.

Brandy has thrown beautifully correct, extremely typey offspring for us, showing spectacular scope and form in the jump chute. We paired her with Oldenburg stallion ‘Dheputy’ to add leg length and a little more suspension in her gaits. We are thrilled with the results of this 2022 filly!

Dheputy is sired by Dauphin, a Donnerhall son who is published in the yearbook of the German FN with positive points for dressage, riding horse points, and foundation. Dheputy’s dam is Elite Mare Rhussia, by Rotspon. She has already produced another stallion licensed by the AHS, Somer Hit, who was named National Champion FEI 6-year-old in 2012 and was ranked 4th USDF Horse of the Year for Intermediate II in 2014. In 2015, he competed at Grand Prix successfully. To date, Dheputy has 87% Premium foals with 3 Foals of Distinction and 2 Stallion Prospects named. 2 out of 4 Hanoverian foals born were named Top Foal at their AHS inspection. Dheputy sired the top filly at the 2016 NY American Hanoverian Society inspection. In 2017, every foal sired by Dheputy was named Premium, with one named Foal of Distinction and one Hanoverian foal named top foal at her AHS inspection. Dheputy foals are stamped by their sire in conformation, movement and temperament. Thank you to @dreamscapefarm for making this fabulous boy available to North American breeders!

Braecrest Daphne should mature around 16’2hh. With her outstanding conformation, top line, and darling face, she will also be an absolute top competitor to show on the line until she is of riding age. She is an exceptional prospect for the hunter and dressage rings. 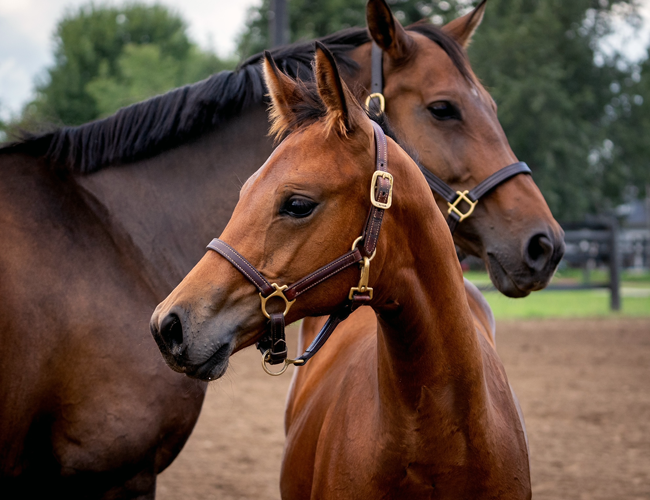 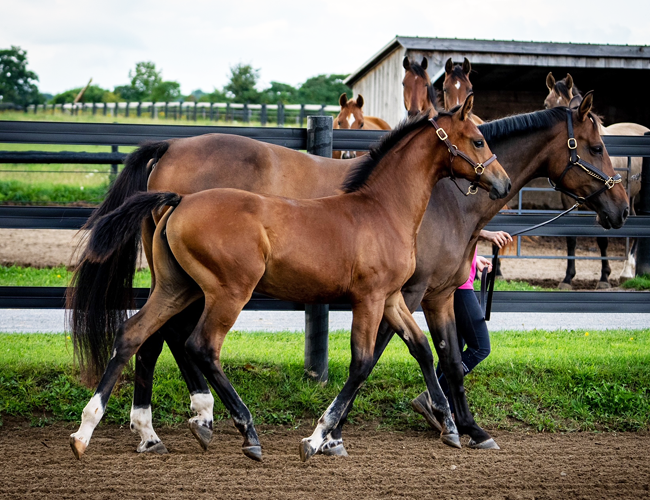 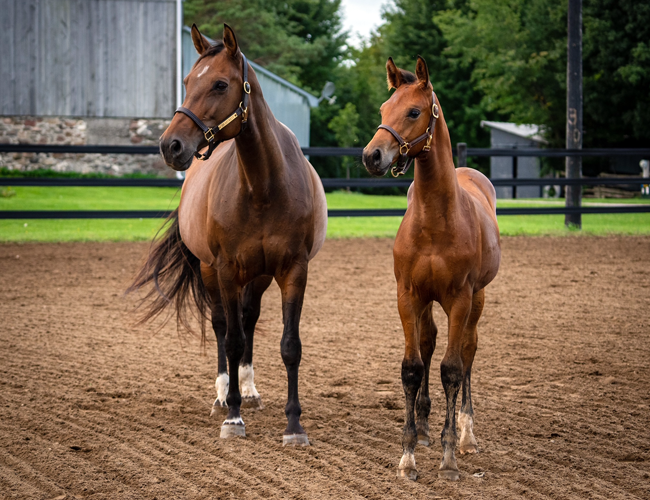 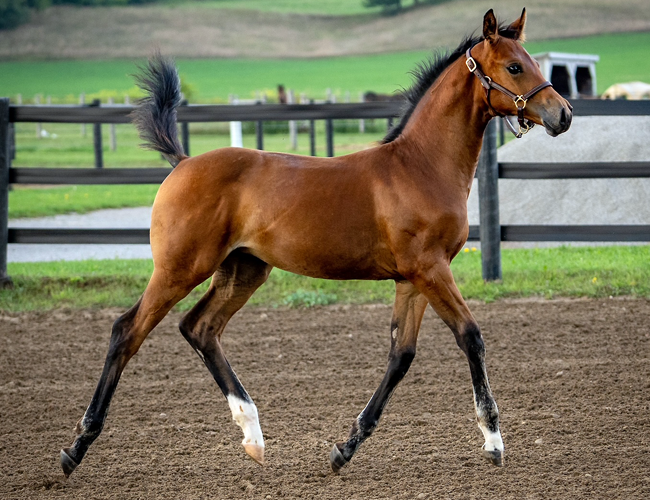 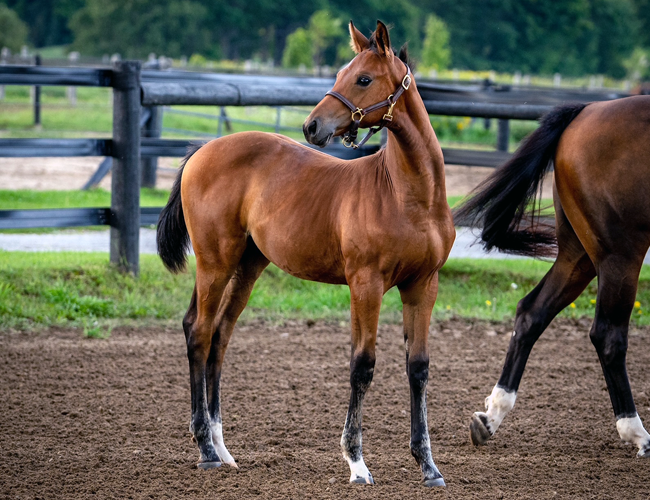 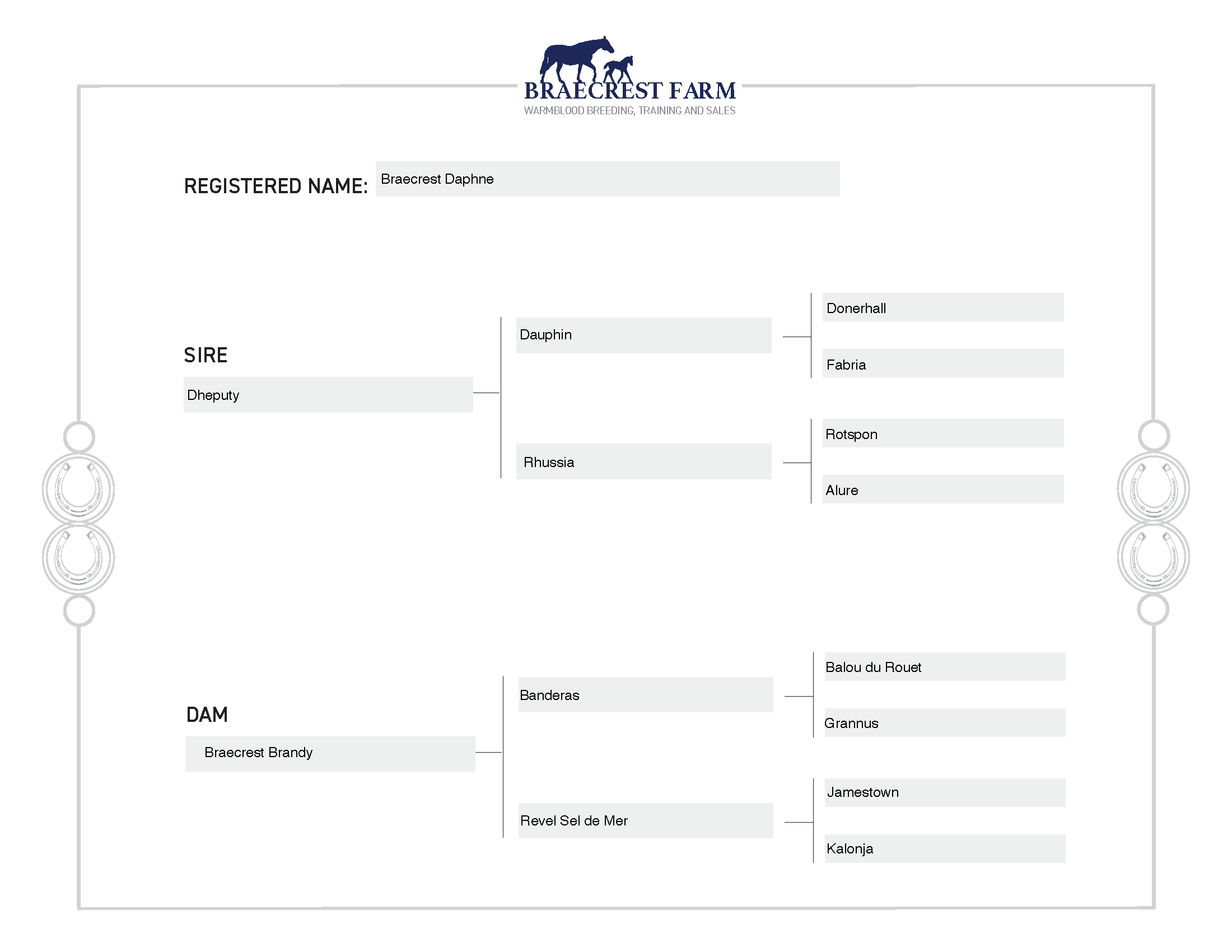